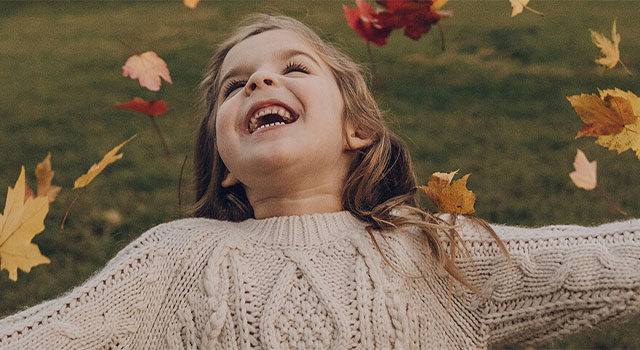 When most people think about glaucoma, they imagine a disease that strikes only older people. In rare cases, however, a child can be born with glaucoma, or the condition can develop later in childhood. Although it’s not common – 1 in 10,000 children are born with glaucoma and 2 in 100,000 develop it in childhood – glaucoma in children can cause significant vision loss if not treated promptly.

Glaucoma is an eye condition that damages the optic nerve by causing high pressure inside the eye. The disease usually affects people over 60, but in some cases, small children and babies can have this condition, even from birth. If not promptly treated, glaucoma can lead to vision loss.

For adults the onset of glaucoma is usually gradual and may not show any symptoms at first. Damage and vision loss caused by glaucoma can’t be reversed, but progression of the disease can be slowed by various treatments.

What Is Development Glaucoma?

Developmental Glaucoma is an umbrella term for glaucoma caused by a specific, but relatively rare, group of eye conditions in babies and children. These conditions result from gene mutations that cause the front of the eye, called the anterior chamber, to be abnormally shaped.

Children with this misshapen part of the eye have a 50% increased risk of developing glaucoma.

Glaucoma can be primary (a condition on its own), or secondary (as the result of a preexisting  condition). There are two main forms of developmental glaucoma:

Glaucoma in children can be caused by prenatal defects in the eye’s internal drainage system. If the eye can’t drain fluid it builds up, eye pressure increases and the optic nerve becomes damaged.

Developmental glaucoma can also result from other conditions, including:

Symptoms of Glaucoma in Children

Symptoms of glaucoma in children include:

Developmental glaucoma can start at any time, including soon after birth, and is often detected during your child’s first eye exam.

All children should have ongoing monitoring for eye (intraocular) pressure. If higher-than-normal pressure is noted, your child’s eye doctor will carefully document the health of the optic nerve with digital retinal imaging or OCT scans from around age 5. Your child’s visual field should be assessed from age 9 or 10.

If glaucoma or significant ocular hypertension is confirmed, the eye doctor will most likely prescribe eye drops to lower intraocular pressure. In a small number of children, eye drops may not be effective enough and surgery will be necessary to control the pressure and prevent any vision loss due to glaucoma.

How to Prepare Your Child for Glaucoma Surgery

Although damage to the optic nerve due to glaucoma can’t be reversed, the progression of the disease can be delayed or stopped with surgery. The eye doctor will prescribe eye drops to keep the eye pressure stable before surgery.

What to Expect During Surgery

The two most common types of surgery for developmental glaucoma are:

The surgery is performed in an operating room and the patient is given ‘twilight’ anesthesia. The child is awake but not responsive. The surgeon will clean the eye, numb it and use an instrument to keep the eyelids open.

With a goniotomy, the surgeon makes small incisions in the eye and uses specific lenses to view how well the fluid is draining out of the eye. Any tissue that blocks the drainage is removed and a new channel is surgically formed..

The child may see lights, but should not feel any pain during surgery. Following surgery, the child will need to wear a clear plastic shield over the surgically repaired eye to protect it.

What to Expect After Glaucoma Surgery

After surgery, fluid will leave the eye through the newly-created drainage channel, and the patient should feel less eye pressure. The eye doctor may prescribe steroid or antibiotic eye drops, and possibly stop glaucoma medications.

The eye doctor will examine your child the day after surgery, then after a week and then after several weeks.

While the purpose of surgery is to lower the pressure in the eye, it can’t cure glaucoma. Therefore, another surgery is often needed. Fortunately, when the initial surgery is successful, it can often keep eye pressure within the normal range for anywhere from 6 months to several years.

If your child has symptoms of glaucoma, such as irregular eye size, cloudy patches or light sensitivity, schedule an eye exam to test for glaucoma. Make an appointment with Dr. Uri Schechter at Fox Chase Family Eye Care in Philadelphia for a diagnostic eye test. We’re here to help.